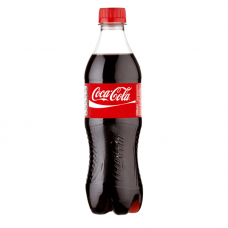 Strongly carbonated soft drink “Coca-Cola” is one of the most popular drinks in more than two hundred countries of the world. He owes his appearance to John Stith Pembertoen, an officer of the American army. His friend and accountant, Frank Robinson, invented and once wrote, in a calligraphic hand, the name of a new drink, Coca-Cola. Since that day, an amazing, tasty and invigorating drink, containing in its composition caffeine, conquers new horizons.

Powered by OpenCart Made by ThemeGlobal - OpenCart Template Club